@Michele has developed a prototype of a simple android app that bridges Keycard with WalletConnect. For those who don’t know WalletConnect, it’s an open protocol for dApps (typically on a desktop non-web3 browser) to connect to a wallet (running on a mobile usually).

Here’s a video of this demo: 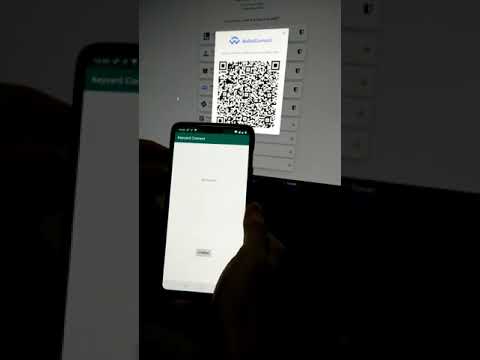 You can see a user (@michele

) using a dApp (here HelioWallet) with a desktop non-web3 browser:
- Pair the dApp with Keycard.
This happens by scanning a QR code + tapping the card + entering the card pin. Easy.
- Interacts with the dApp and create a tx.
Here the dapp is a wallet, the user just decides to send some Eth
- Keycard app shows the tx that is being asked to be signed
- The user taps the card
- The dApp gets the signed transaction

By the way, there’s a set of simple features on this app that makes it a cool and lightweight companion for Keycard, among which: initializing the card, importing or creating a secret in the card, change pin/puk/painring code of a card, and manage pairing slots of the card. Full list here.

Why does it matter?

If we go further with this project

For those who don’t know WalletConnect

what privacy concern are there exactly? Reading the specifications, it looks like the payload encryption key is exchanged over the QRcode, so my understanding is that the bridge server cannot decrypt the messages sent, am I understanding it wrong? Since we are mostly talking of transactions, these will be posted to the blockchain anyway.

Regarding the centralization, yeah, that’s a compromise. What I find very good however is that the URL of the bridge server is in the QRCode, which means you (as dApp developer) can use alternative bridge servers (or run your own) if you want.

can use alternative bridge servers

It’s even worse, you have to trust unknown servers

can use alternative bridge servers

It’s even worse, you have to trust unknown servers

the bridge server has encrypted messages that it shuffles around, not your transactions. Transactions are then submitted as usual by the client app.

Also the server where the dApp is hosted also has your IP and it is also an unknown server and unless you run a dApp browser with a geth node, Infura also knows all your transactions associated to your IP.
If the problem is the IP and you are really concerned you are using a VPN (or two) anyway.

I think it is clear that there always is a compromise between privacy and convenience. Depending on how much weight you give to you privacy you decide what tools are acceptable to you and how much privacy you are willing to trade for convenience. IMO, WalletConnect does not really add much in terms of privacy risk.

Yes thats true, all apps are still web2, and we use web2 infura, but all these on our wall of shame, i mean do we really want to develop web2 app for keycard , it looks like wrong direction?

Walletconnect seems to not enforce their webserver, I think it should be possible to not use the webserver and instead connect directly to user’s PC, or better, use something like whisper.

FWIW: this is also possible with WallETH

Yeah I tried that out, it is great! We wanted to have a relatively simple tool that is dedicated to Keycard and allows to perform all card operations, including the less common ones like unblocking PIN, replacing keys, changing all credentials, etc.

And sorry, since this is still an experiment more than a project, I didn’t have time to write a README and mention usage of your libraries! Without them, this would have taken way longer to implement!

Hey @ligi , welcome, very good to have you around.

Regarding the use of a webserver (centralized) in WalletConnect, Status could start using it as it is for now, but we would have to solve that to fit Status Principles. I noticed WalletConnect architecture accept different protocols, but they are not yet developed, right?

Do you think we can:

I started drafting some plans for Status and WalletConnect: https://notes.status.im/Z94khrLmQOOy69wPtodbAA#

This awesome! I’m glad to see these discussions on WalletConnect by the Status community.

The current protocol version (v1.0) doesn’t have any transport agreement between the two clients but it’s the goal of v2.0 to be transport-agnostic and allow the handshake procedure to establish the preferred transport between the two parties.

Alternatively we could simplify the v2.0 to use a single p2p solution in replacement of the Bridge server but ideally we should allow backwards-compatibility with Bridge servers as a fallback at least.

One picture is worth 1000 words right ?
To illustrate all the above: here’s Uniswap ‘connect’ screen. With this prototype one can directly use his Keycard with Uniswap in his desktop browser 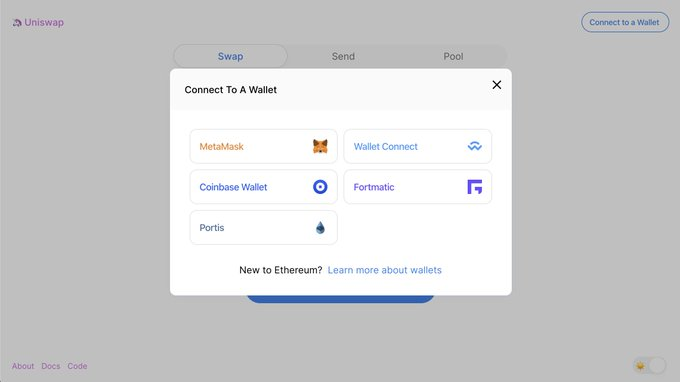 As an update, I published a binary on github for those who want to test it: https://github.com/status-im/keycard-connect/releases/tag/20191128

UNPAIR OTHERS option refuses to do anything but ask for pairing code.