Idea name: Photo editing options
Description: All current messengers have photo editing options, such as: crop and adjust; add text; making drawings; add stickers and blur image.
Target user: All users
Why this is important: Photo editing is part of the modern experience of messengers. These features open up several individual possibilities for the user. From making a necessary cutout in a photo before sending, how to highlight something by drawing a circle on the photo. Status users need this experience as well. 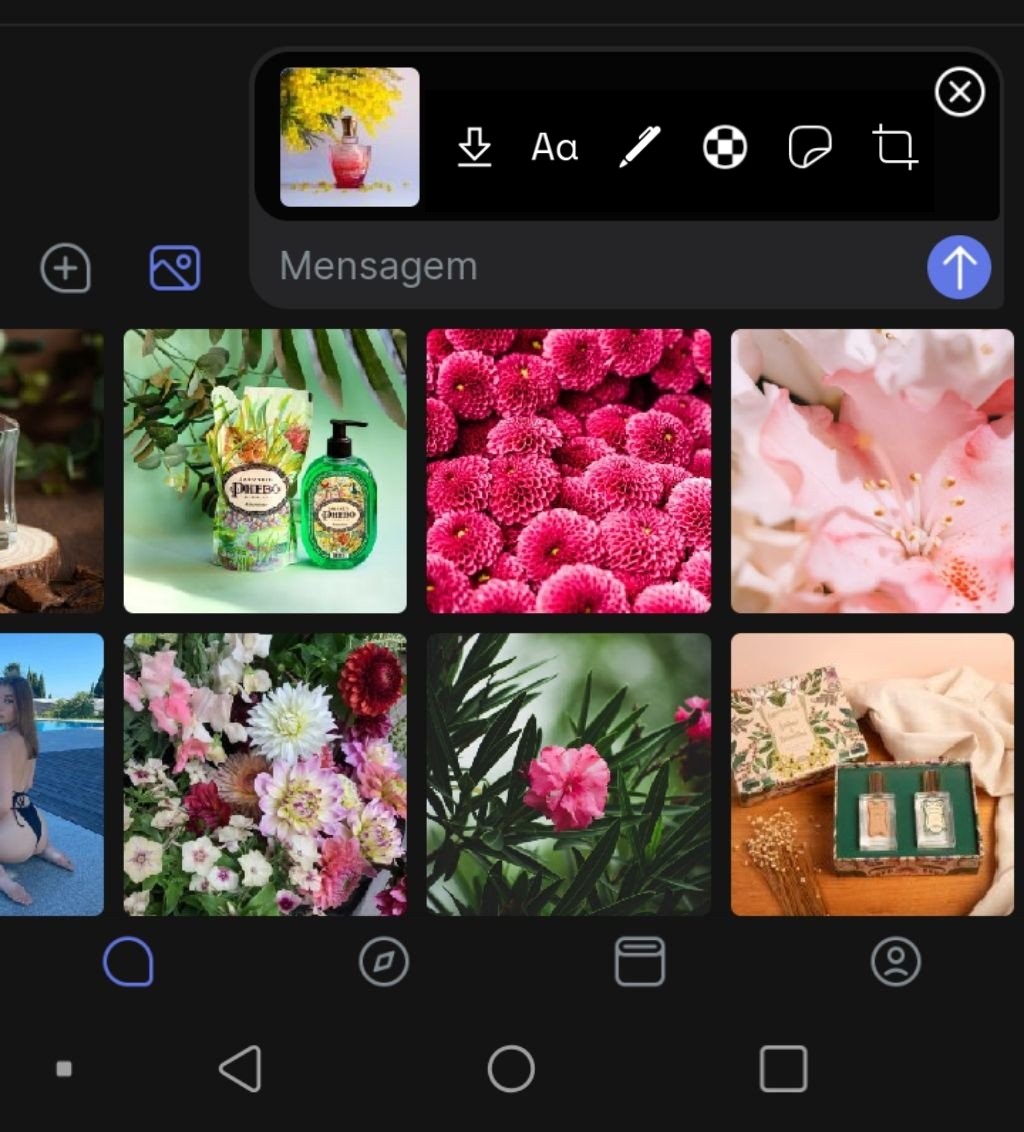 I made a very simple UX concept when I click on a photo and show the editing options, using the Signal icons.

If you think this is a great idea and know how to implement it, consider posting a project proposal on Assemble.

Photo editing is part of the modern experience of messengers.

I don’t see how messengers can ever compete with these dedicated apps. They just end up with a half-baked photo editor and a more bloated messenger

I raise the reverse question: Why not? WhatsApp, Telegram, Wire, Signal, Threema, Viber, LINE and many other messengers have this photo editing feature. Will we agree to leave Status out of something that millions of users are used to using in other messengers? Just to give you an idea, if someone who uses any of these messaging apps I mentioned migrates to Status, they will notice a huge loss in a feature that has become extremely common: photo editing.

Why not? WhatsApp, Telegram, Wire, Signal, Threema, Viber, LINE and many other messengers have this photo editing feature.

I’d like to see the usage numbers in these photo editors. My guess is that 90% of users edit photos in the system photos app and aren’t even aware that editing abilities exist in messengers. But I don’t have data to back this up.

Unless the photo editor is going to go all out and add gifs / stickers etc like the Instagram Stories editor, I don’t think people will care about things like cropping and brightness adjustment.

Me and my contacts from Signal and WhatsApp use these features quite often. And look, I’m only requesting the most basic editing features. Have you seen how these editing features are on Telegram [here and here]? There they have advanced features of editing photos and videos (saturation, shadow, light, apply filters…). That looks like a separate photo editor.

I have found every photo editor in a messenger to be janky and just less featureful than dedicated photo apps. But what am I going to say to a messenger? “Please invest more in your photo editor!” They will just reply “Sorry, we are primarily a messaging app…”

There are three functions that most use this editing feature:

An image that demonstrates all of these functions that exist in Signal photo editions: 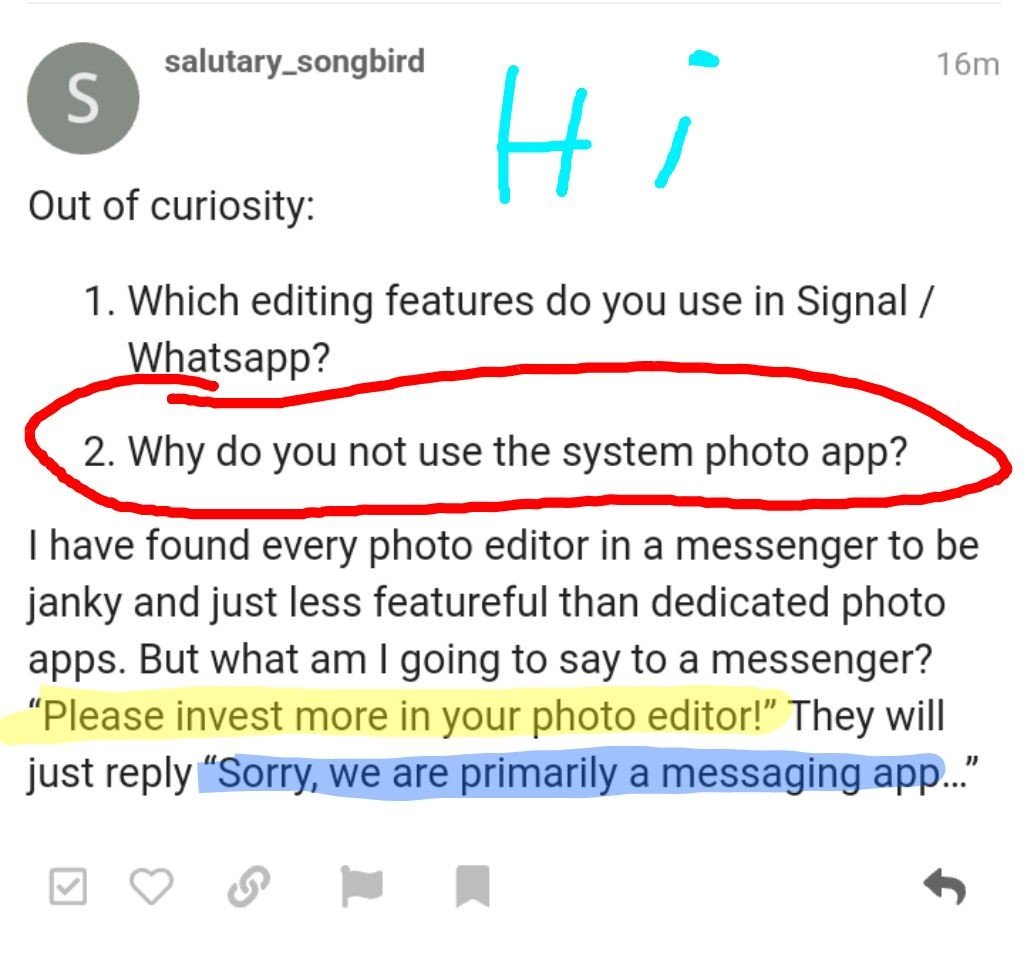 Look, if you use this feature on other messengers you will understand why it is important. If you don’t use it (as is apparent), then I’ll give you a small example:

I just took a picture directly via the messaging app [status] > I want to cut it out and circle a specific object… but the picture I took directly through Status does not allow me to do that … so I will have to take a picture using the camera app (and not directly by Status), open the photo I just took, and through the gallery app or another app, finally make the simple adjustments I want to make … then open the Status and conversation again from my contact, to finally AFTER ALL OF THIS, send the edited photo.

Hard work, isn’t it? In the meantime, other messengers simply HAVE THIS FEATURE.

This topic was automatically closed 0 minutes after the last reply. New replies are no longer allowed.