Although the interfaces for setPubkey() (aka EIP-619) and text() (aka EIP-634) were both proposed roughly at the same time in May of 2017, the latter has experienced much greater uptake in the ETH community, in both public awareness and user-facing tools that support it.

Currently, the ENS setup flow in Status is inflexible and using setPubkey() has many other issues:

Given the above reasons, I propose the key im.status be used in an ENS Resolver to set a compressed chatkey per 2/ACCOUNT - Status Specification (modulo potential extensions mentioned below).

Furthermore, by using text records, im.status may point to a Community or Group Chatkey if desired, for example, status.eth may point to a Community rather than an individual user. Perhaps it may be necessary to have a flag such as c/0x1234 preceding a community key, or even a full JSON blob. Alternatively, the key for im.status could be a status-im protocol link such as status-im://0x1234. Or perhaps subkeys like im.status.community may be the preferred design. Ultimately, whatever the text key(s) for im.status or im.status.* become they should be human-readable so that users can troubleshoot for themselves using standard tools like app.ens.domains.

Finally, (not relevant to the current topic, but for consideration in concert with the topics mentioned above), there could be a reverse record registry for pubkeys if that becomes desirable or useful. 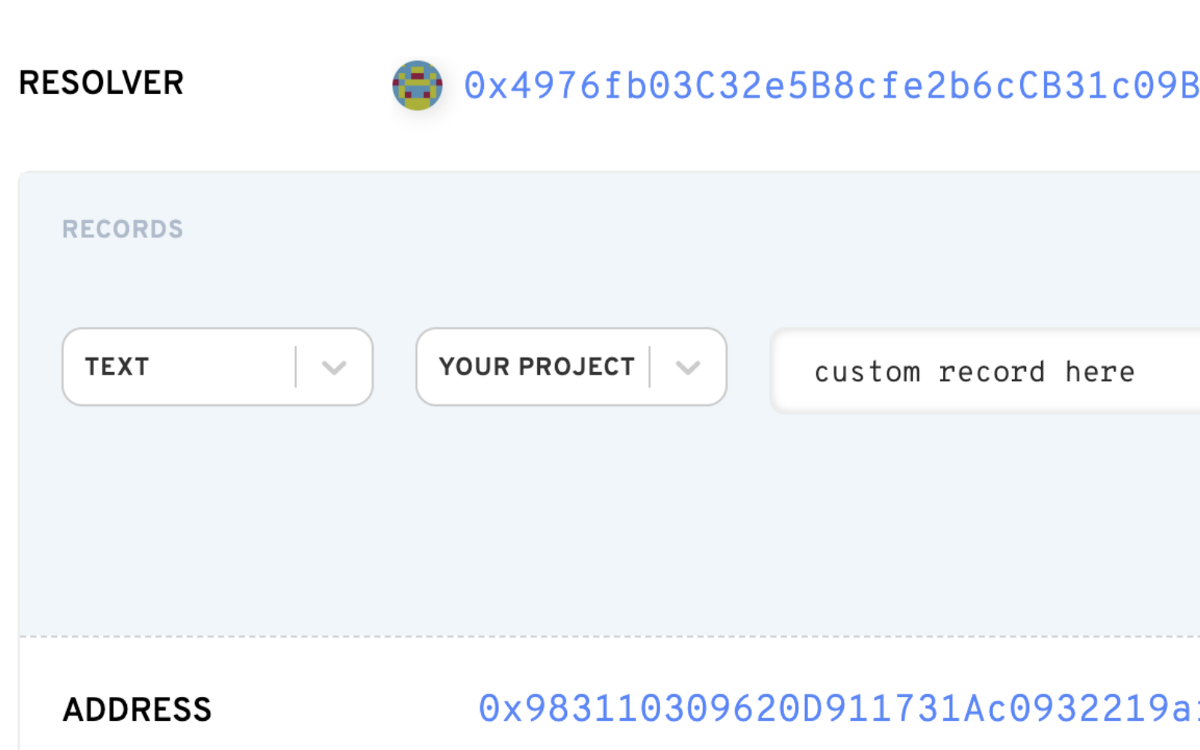 We’re pleased to announce we just launched custom text records in the ENS Manager. This simple feature unlocks the power of ENS for…

This EIP defines a resolver profile for ENS that permits the lookup of SECP256k1… public keys. This is necessary in order to facilitate ENS lookup for applications such as Whisper.

This topic was automatically closed 182 days after the last reply. New replies are no longer allowed.