TLDR: we are making progress, in this first post I propose a bunch of additional optimizations based on experience gained from implementation, and an algorithm to solve the fetching transaction history problem.

We started the work last week and here are the parts that are already done:

The next step is to fetch transactions once at login from etherscan and then check in each new block if there is some eth transaction to get rid of the last wallet loop.

We have two problems to solve:

Find all ethereum transactions without etherescan

This part is optional, we could use it only when etherescan is down, for instance during chaos unicorn days.

Unless I am mistaken, we should be able to find all inbound and outbound eth transactions from block 0 with a recursive dichotomic search that would be at most log2(last-block) (roughly 23) levels deep.

Everytime we hit a range of 1 block we use eth_getBlockByNumber to get the block and retrieve the transactions from and to the account address.

The implementation of this part of the algorithm could be bountied, and eventually implemented in status-go entirely for efficiency.

Infura has some difficulties with huge ethlog ranges which is why this algorithm tries to minimize the amount of calls required to find all token transactions.

From there we have 2 options:

awesome to see yet another log, love it! keep it coming.
All the ideas here seem well reasoned and don’t have too much to add.

iirc there has been some other efforts in terms of collecting transaction history around ultra light clients, but cannot remember the details.

There was also this project that is attempting to do this in a decentralized way, but I don’t think it’s appropriate for us at this point in time. 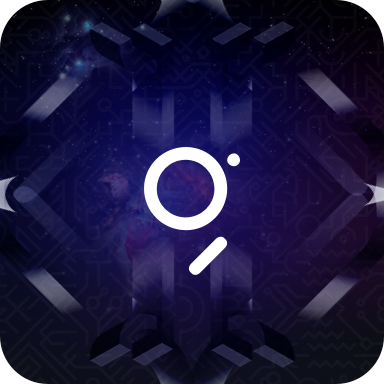 The final touches of https://github.com/status-im/status-react/pull/8221 are being worked on:

@igor any idea what happens to subscriptions if status-go is offline for a while? Is it catching up and sending signals when back online? (I’ll investigate tomorrow)

On status-go side:
As described in OP the ethereum JSON RPC API doesn’t offer an efficient way to fetch transaction history, and a POC of the proposed algorithm will be quite inefficient unless some better endpoints are provided by status-go.

@yenda internally subscriptions just poll filters, so as soon as connection is restored, filters should be able to be filled and you should get new data.

Consider using eth.events as fallback, their postgre db is open to remote direct connections and you can just copy needed data locally. I use them for a Uniswap project. The idea would be to download all transactions related to the current user’s account from them in a single query, store those on the phone, and use them to present tx data. Then when the user requests a refresh or periodically, refetch set from last fetched block. Works like a charm and is no big deal considering there are other, slower means of getting the same data if eth.events fails. Convenience with a persistence fallback.

Consider using eth.events as fallback, their postgre db is open to remote direct connections and you can just copy needed data locally. I use them for a Uniswap project. The idea would be to download all transactions related to the current user’s account from them in a single query, store those on the phone, and use them to present tx data.

That is what we currently do with etherscan API. The next goal is not to have more centralized fallback but to be able to fetch transaction history without third parties (or at most an rpc gateway).

hen when the user requests a refresh or periodically, refetch set from last fetched block.

We do better than that, we get new transactions as new blocks are added to the chain directly from the geth node (or rpc).

Right, but I’m advocating for copying the data here, not querying it when needed. So query it all in a single statement when the address is detected, and store in the local storage. Because this data is structured and parsed and they result of a single call as opposed to several with other providers, suddenly you don’t need etherscan or eth.events for past information and you couldn’t care less about a geth node disappearing (which cannot show you past transactions anyway unless it’s an archive node, which you will never decentralize).

The data is also stuctured with etherscan and it’s one API call for transactions and one for token transfers. Persisting them so that the whole history is only requested once is also part of the plan.

All wallet related PRs that have been peer reviewed have been merged in a meta PR for QA:

As well as the PRs that will implement the changes discussed in What's next section.

The combination of all these PRs brings the following improvements:

Network consumption will be improved even further once persistence is added, because there is a lot of pending blocks returned by the currentBlock subscription and it requires re-fetching the complete history from etherscan to stay consistent (which was done every 20 sec previously anyway)

Working on the wallet code before implementing the persistence gave me a lot of insight and I think I got to the point where I have the safest solution for persistence while minimizing bandwidth consumption and computations.

The idea is to only persist confirmed transactions (more than 12 blocks old).
Every new transaction is added to unconfirmed-transactions map
Everytime there is a new block event:

With the current state of the new wallet implementation ERC20 transfers from unknown contracts are marked as ERC20 tokens with 18 decimals, when the history is fetched from etherscan they might get their actual name.
The idea would be to fetch the data from the contract when a transfer from an unknown token is found.

Oops I did it again

I made an important refactoring of the wallet over the weekend, focused on removing web3 usage and using a generic json-rpc/call and json-rpc/eth-call methods. These can be used directly in the code which will help making it more obvious where we can optimize instead of being hidden behind X layers of code as it was before.

Here is an exemple with the inbound-token-transfer-handler. As you can see it is quite a ride, that’s because we need 3 levels of callback to get all the informations we want for a transaction. Later on, this kind of functions will be optimized by gathering this information in one rpc method on status-go side, so that we only need one call for it.

This one is actually a handler called upon reception of a signal from eth_newFilter subscription and I’ll present a better alternative in the next point.

eth_call hasn’t got much love in the code base for a while, initialy it had a poor’s man implementation of parameters conversion which prevented us from using it with more complex contract method calls.

We then introduced the abi-spec namespace, which based on the signature of the method can encode all the params accordingly https://github.com/status-im/status-react/blob/develop/src/status_im/utils/ethereum/abi_spec.cljs (I will move it into the ethereum.abi-spec namespace soon btw). Later on we added decoding based on a list of output params types as well.
But this wasn’t used much and a lot of our codebase, mostly in the wallet, kept using the legacy call-params or worst, web3. Now this is mostly gone, at least for the wallet part with the new json-rpc/call and json-rpc/eth-call methods.

As an interesting side effect, I discovered that all previous implementations of an eth_call helper function were passing latest as a second parameter, a map containing the address of the contract and the data being the first one. If I understand correctly, this means we can call any contract method at any block height

Maybe some limitations apply, tbd, for instance what is returned if you go for a block when the contract didn’t exist yet? If that is the case we could also use that to find the creation block of our known token contracts to limit how far in history we have to look back for each token.

This was my missing link for a better version of the no-etherscan algorithm to find all transactions. So I fixed it:

From there we have 2 options:

@igor @dmitrys
For the wallet the ideal solution would be that status-go automatically starts sending signals after user logs in for:

Yesterday was mostly focused on rebasing the series on custom tokens, testing and fixing bugs on my PRs.

I now consider the first stone of the wallet improvement series ready for testing. A summary and test description is available in the PR: https://github.com/status-im/status-react/pull/8228

This first iteration was focusing on code and performance improvements before adding persistence. While it initially targeted the transaction history only, I ended up rewriting a big chunk of the wallet and ethereum transaction related code.

This effort has made the codebase more accessible and facilitate future wallet and ethereum related improvements.

There is already visible improvements in terms of performance (especially on slow devices) and bandwidth consumption in the wallet, but persistence is still the ultimate goal here. So the final step is to implement the algorithm described here Wallet improvement log

Before that there is still a bit of refactoring I want to deal with that shouldn’t take more than a day:

A short update because I am currently at the Swarm Summit and working on other things at the moment.

My meta PR got merged so a lot of the improvements described in this thread are now part of the develop branch. The main visible effect being the real-time feedback on transactions, which are now added as soon as they are on chain, and the time to load for the wallet on slow devices which is some on paar with other screens.

kudos to @dmitrys who started implementing the go parts of the improvement which will make a huge impact in terms of performance and bandwidth usage of the wallet (but still negligible compared to the whisper monster) https://github.com/status-im/status-go/pull/1467

My next step is to integrate @dmitrys work once it reaches a mvp stage.

Well done on all the above @yenda.

It sounds like #8152—persisting tokens—is the last remaining critical issue for this scope of work.

There’s also #8153, for displaying token failures. How much work will this be to fix?

Lastly, we have this bug/regression—#8254—but I think it can be backlogged for now.

Are there any other loose ends not covered by GitHub issues?