As some of you might be aware already, I’ve been working on porting Status Desktop to Windows. The app is currently in a good state, missing only the recent notifications functionality. I’ve shared two builds previously on Status #status-desktop and #status-people-ops channels, assuming that this would reach most Windows users. However, in recent days I’ve noticed that some Windows users were not aware of this build and are still running Status Desktop on a VM, so a Discuss post seems in order. 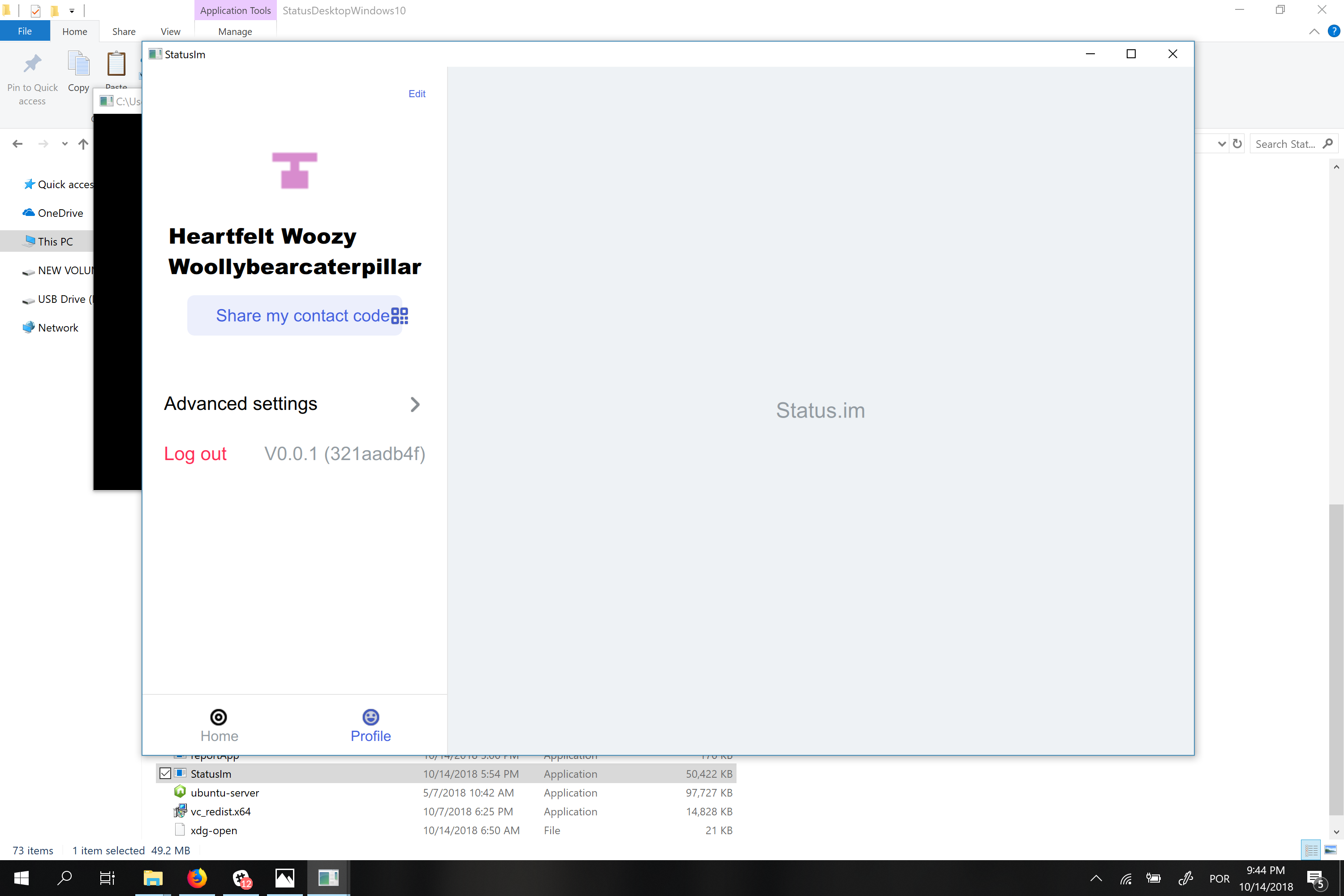 Since there’s been a change of directory names in more recent builds, users of previous Windows builds will need to move their data folder if they want to keep their current account data. It should be enought to go to a terminal (Windows Command Prompt) and type

Please report any Windows-specific issues in the pull request.

Added build #3, which among other things fixes chat sort order.

How is this supposed to be run? There is no executable here?

It only says connecting to peers, indefinitely

Are you behind a firewall that might be blocking some types of internet connections?

No problem, thanks for giving it a try!

Sure, and thank you; I will report back as I get my friends onto this client

The Linux app (and probably MacOS too, haven’t tested though) have a Status icon now, courtesy of the Windows work: 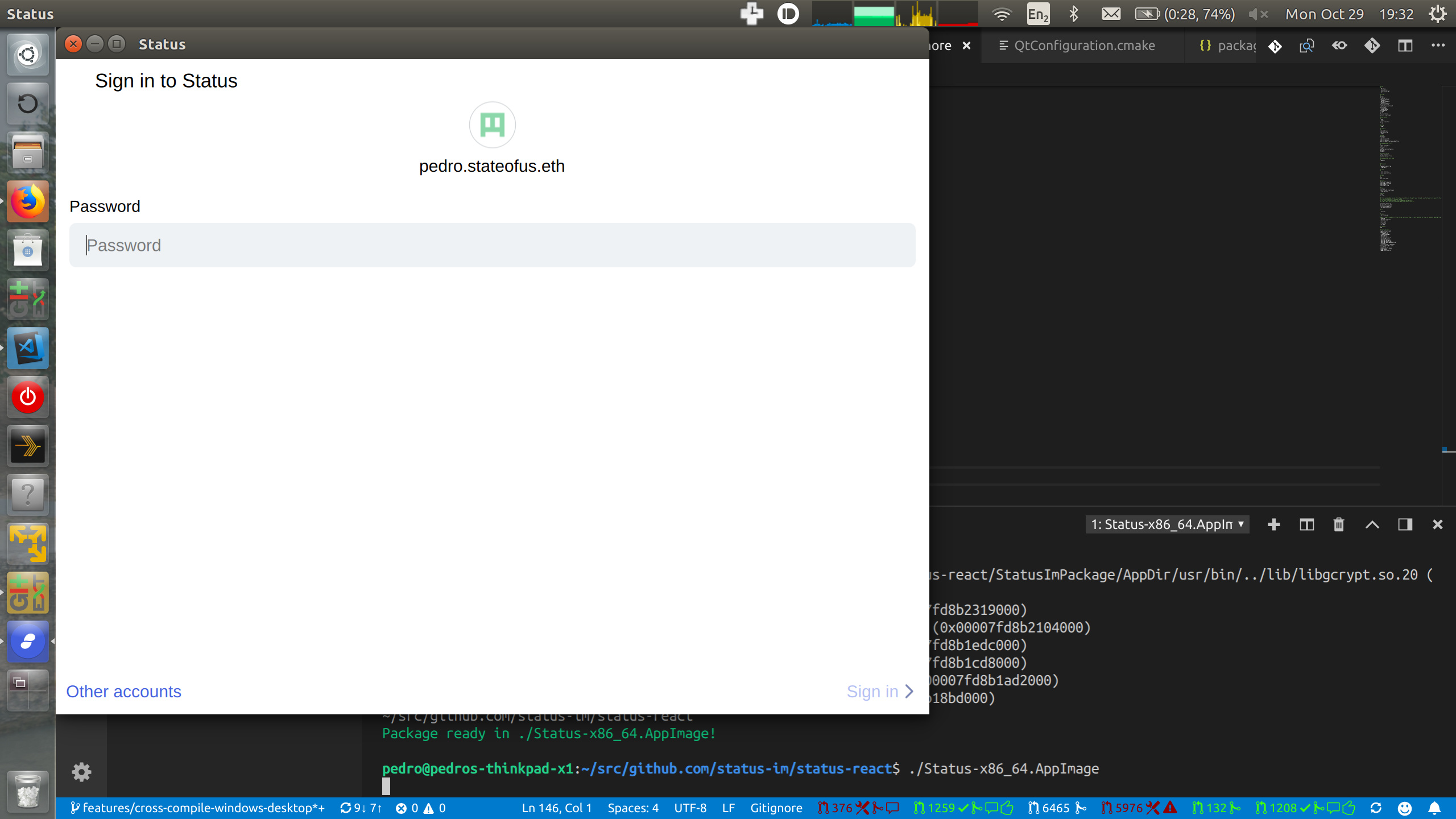 @pedro, something wrong with link to build #4.

Thanks for the heads up, fixed.

Uploaded build #5, which fixes the status-go dependency that was causing issues with connection to mailservers.

Finished integrating Windows builds with Jenkins, so we’ll soon start seeing Windows builds listed on the nightlies page. Until then, you can visit the Jenkins PR build page and fetch the latest successful artifact from there, as it will regularly be updated until the PR is merged.

Look for Windows nightlies coming out starting tonight at https://status.im/nightly/! Soon the zip artifact will be replaced by an actual Windows installer, to make updates easier.

Kudos @Pedro! It was a lovely surprise to see windows available on the nightlies page!!

This was a huge amount of work and opens the doors to lots of new users using Status.

Does that make sense?

Do I need to delete the old app before installing the new one?

Thanks for trying it out!

That is normal behaviour. But if you check this syncing thread you can learn how to sync devices and make your own messages show up on both windows and your phone.